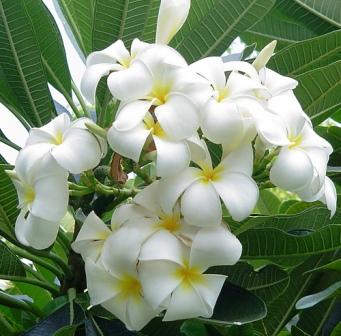 Sicily, rich in culture and beauty, is beautiful in every season. There are many gardens, naturalistic oasis, reserves, ancient cities, monuments to visit, to visit taking advantage of the mild climate even during winter. Thera are also many special nurseries; however, they are all located along the North-Eastern coast of the island. We divided them in two itineraries; the first one is in the surrounding of Messina, once called Zancle and now named the “Gate to Sicily”, one of the Sicilian cities with more history, that from the Late Middle Ages to the half of the 17th Century competed with Palermo as capital. The second itinerary moves from Catania to the slopes of the Etna, Siracusa and Ragusa. You will find citruses, pomegranates, caper bushes, arboreal ferns, scented plumerias, tropical and subtropical plants, bearer trees and spices. If you have the time, go visit some gardens, naturalistic reserves or other special places suggested, and taste the excellent Sicilian food. You can also continue with the second itinerary, Wandering nurseries: along the Eastern coast, from Catania to Ragusa (Sicily/2), reaching Sun Island Nursery, 38,5 km away.

In the map are shown the nurseries of the proposed itinerary. Under the description of each, the gardens to be visited, where to sleep.

Azienda agricola Hortus Hesperidis, Mazzarà Sant’Andrea (Messina): Giuseppe Messina’s nursery is specialised in the production of citruses and olive trees, both alimentary and ornamental, and other Mediterranean plants. The citruses mainly belong to the genus Citrus and Fortunella, and include ancient and rare varieties, among which some with strange colours and shapes dating back to the 17th Century, now cultivated only by hobbyists.
Distance from other nurseries: km 7 from Rosso Melograno – km 8,5 from Vivai Limara – km 14,5 from Piante Tropicali – km 23,5 from Chersoneso – km 29 from Vivai Torre – km 89 from Esoticando.

Rosso Melograno, Verme Vigliatore (Messina): this young nursery specialises in the cultivation of pomegranate (Punica granatum), with various shapes and sizes, and in caper bushes (Capparis sativa), named “the orchid of the Aeolian Islands” for the beauty of its flowers. Both the buds, capers, and the fruits, caper berries, are used to cook. If you have a garden at the seaside, in the countryside or in the city, as log as with a mild microclimate and sunny, you will not resist and bring one home!
Distance from other nurseries: km 3 from Vivai Limara – km 7 from Hortus Hesperidis – km from 7,5 Piante Tropicali – km 16,5 from Chersoneso – km 22 from Vivai Torre – km 74 from Esoticando.

Chersoneso Piante, Milazzo (Messina): established by Tommaso Sgrò, it specialises in the production of plumerias with various species and about 300 varieties of Plumeria rubra. There are also small subtropical trees that are historically cultivated in some areas of Sicily and make flowers with an amazing scent, with colours spacing from white, to yellow, pink, red, orange, in all their hues and intensities.
Distance from other nurseries: km 3 from Vivai Torre – km 23,5 from Hortus Hesperidis – km from 16,5 Rosso Melograno – km 13 from Vivai Limara – km 11 from Piante Tropicali – km 65 from Esoticando.

Vivai Torre, Milazzo (Messina): established in 1945 by agronomist and botanist Giancarlo Torre and his family and now run by Natale Torre, the nurseries research and introduce plants from all over the world, and select exotic bearer species to acclimatise and cultivate in the Mediterranean area: mango, avocado, annonas, litchi, rare and unusual species, ornamentals, medicinals, local species and varieties. The plants are grown organically, without being forced. The nursery, that also designs green areas, has a beautiful Botanical Garden, rich in big specimen of citruses, bearer plants, rare and curious plants in continuous evolution. A guide will help you with your visit.
Distance from other nurseries: km 64 from Esoticando – km 29 from Hortus Hesperidis – km from 22 Rosso Melograno – km 19 from Vivai Limara – km 11,5 from Piante Tropicali – km 3 from Chersoneso.

Esoticando, Nizza di Sicilia (Messina): this young nursery was created out of the passion for cactuses of the owner’s mother. It is speciliased in the production, starting from seeds, of indoor and outdoor cactuses and succulents. They are also creating a garden open to the public dedicated to these plants.
Distance from other nurseries: km 89 from Hortus Hesperidis – km 74 from Rosso Melograno – km 71,5 from Vivai Limara – km 68 from Piante tropicali – km 65 from Chersoneso – km 64 from Vivai Torre.

From here, you can connect to the second itinerary, Wandering nurseries: along the Eastern coast, from Catania to Ragusa (Sicily/2), reaching Sun Island Nursery, 38,5 km away.

Gardens and botanical gardens to visit

Botanical garden Pietro Castelli,Messina: it is a small garden in the heart of the city, established in 1638. There are many exotic, tropical and subtropical species that need no protection during winter, among which Chorisia insignis, Chorisia speciosa , Uncarina grandidieri, a centennial Ficus macrophylla, two beautiful specimens of Phytolacca dioica, plants flowering during summer like Sterculia acerifolia, Tipuana tipu, Pittosporum undulatum, Acokanthera venenata and Gardenia thunbergia. There are also two greenhouses: one hot-damp with tropical species, and the other dedicated to succulents and caudiciform plants

Casa Cuseni, Taormina (Messina): built in the early 1900s by English painter Hawthorn Kitson, it has been declared National Italian Monument for its high historic and artistic value. The garden is made of terraces, fountains and offers a beautiful view of Mount Etna and the Gulf of Naxos.

Riserva Naturale Integrata di Panarea: Panarea, the smallest of the Aeolian Islands, is a Riserva Naturale Orientata (Oriented Natural Reserve) managed by Azienda Foreste Demaniali della Regione Sicilia (State Forest Company of Region Sicily). Densely populated and largely cultivated up to the first half of 20th Century, it is now a mixture of different landscapes where spontaneous vegetation occupies the abandoned terraces. There are many particular species, among which Genista tyrrhena, endemic plant of the archipelagos, an amazing spring flowerings of white and pink rockroses. .