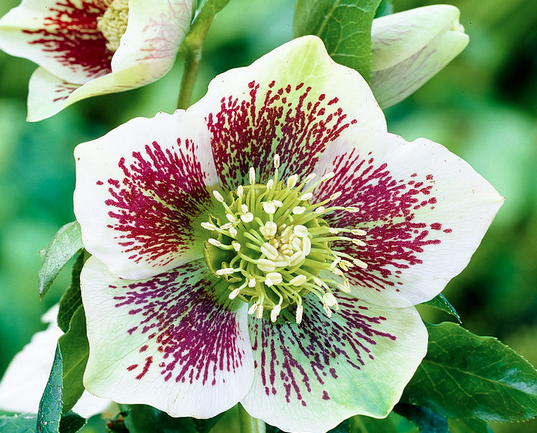 “Born in water, dies in wine”, is a traditional saying of the plain between Vercelli and Novara, where about 50% of the Italian rice is produced (the second most important area is Lomellina, in Lombardy). Irrigated by dozens of canals whose water comes from the rivers Sesia and Ticino, this plain represents a veritable patrimony of hydraulic architecture, begun with Camillo Benso of Cavour; away from traditional touristic itineraries, it is very suggestive, with its chessboard of bank and waters, that, from April to May, reflect the sky and the clouds, and then, from June, transform into a light green English lawn as rice plants germinate, grow and produce their precious grains. The only negative point are mosquitoes during summer…

Now that the time of rice weeders is over (here, precisely at Cascina Venerìa in Lignana, the famous neorealist film Bitter RIce was set in 1948), in this aquatic landscape constantly appearing and disappearing, you can see herons, kingfishers and many other birds the live in the pappy fields and canals lined with poplar trees. Aside from its naturalistic beauty, this area has much to offer from the point of view of food, wine and art: vineyards on the hills, many historic farmsteads and castles, that became the heart of small villages, palazzi, churches and abbeys, such as Cupola di San Gaudenzio and Casa Bossi in Novara, among the most beautiful neo-classicist palaces in Italy although damaged over time; in Vercelli you can find the Borgogna Museum, hosting works by Tiziano, Palma il Vecchio, Ghirlandaio and Bruegel, the Dome Museum and the church of San Cristoforo with its frescoes; in the surrounding countryside there are the Quinto Castle and the Lucedio Abbey in Trino, founded in 1123 by Cistercian monks, the first ones to install rice imported from China.

In the area there are many special nurseries, one more specialised than the other. Our itinerary will guide you to the discovery of collections of roses, irises, hellebores, peonies, dahlias, particular fruits, ornamental shrubs, ferns, musks and countless unusual plant.

HoyaMia, Veruno (Novara): a small family-run nursery specialised in the reproduction and cultivation of many species of Hoya, many of them unusual, particular and rare. Hoyas are succulents with and amazing flowering mostly coming from South-East Asia, largely still unknown. The nursery activity, aiming at researching the best methods of cultivation and reproduction of these plants and gather more enthusiasts, started with a small private collection of Silvia De Pretto; it grew over time, counting now more than 200 different species and varieties.
Distance from other nurseries: km 6 from Vivai Prandini – km 7,5 from F.lli Leonelli – km 9,5 from Nifantani – km 39 from Central Park – km 14 from Fiorichiari – km 28 from Floricola Il Giardino – km 34 from Vivaio La Montà.

Vivai Prandini, Borgoticino (Novara): the passion for plants and for working outdoor is what led Arnaldo Prandini to open a small nursery at the beginning of the 1960s, where he grew what was necessary for local needs. Nowadays, with the help of his son Gabriel, he specialised in particular fruits, such as hardy kiwi (Actinidia argute) and honey tree (Evodia danielli), with a long flowering in summer and ideal for wild places, small fruits, garden plants, trees, shrubs, perennial plant, hedges, seasonal flowers and plants for vegetable gardens.
Distance from other nurseries: km 3,5 from Nifantani – km 7 from F.lli Leonelli – km 6 from HoyaMia – km 31 from Central Park – km 18 from Fiorichiari – km 31 from Floricola Il Giardino – km 46 from Vivaio La Montà.

Az. agr. Floricoltura Nifantani Liviana, Varallo Pombia (Novara): this nursery is run by Liviana Nifantani and her husband and specialises in the production of flowering and berry shrubs, from the traditional species and varieties to those who are more rare, forgotten and unusual. The collections of Callicarpa, Cercis, Cornus, Philaldephus, Spiraea, Viburnum, Weigela spp. are particularly rich.
Distance from other nurseries: km from 30 Central Park – km 9 from F.lli Leonelli – km 9,5 from HoyaMia – km 3,5 from Vivai Prandini – km 22 from Fiorichiari – km 37 from Floricola Il Giardino – km 47 from Vivaio La Montà.

Central Park, Galliate (Novara): this garden-nursey founded by Mario Mariani, nurseryman and gardener, specialises in collections of ferns and other shade plants, musks and many unusual species, such as Restioanceae, Poaceae, Nothofagus and rustic garden orchids, collected over 20 years or research and experimentation. This is no conventional nursey: Central Park looks more like a small jungle, in which you can get lost for hours discovering countless treasures. Mario Mariani and his young helper Matteo Boccardo also offer botanic advice, design, direction and completion of woks.
Distance from other nurseries: km 43 from Fiorichiari – km 38 from F.lli Leonelli – km 39 from HoyaMia – km 31 from Vivai Prandini – km 30 from Nifantani – km 51 from Floricola Il Giardino – km 54 from Vivaio La Montà.

Azienda agricola Fiorichiari, San Pietro Mosezzo (Novara): opened some years ago by Daniela Pasero, who followed her passion for flowers and, in particular, for lesser-known varieties and for the plants you can find in your grandmothers’ gardens, the nursery specialises in roses (ancient, modern and English) and reblooming irises, mostly from Clifornia, with a selection of perennial herbaceous plant for borders.
Distance from other nurseries: km 13 from Floricola Il Giardino – km 17,5 from F.lli Leonelli – km 14 from HoyaMia – km 18 from Vivai Prandini – km 22 from Nifantani – km 43 from Central Park – km 21 from Vivaio La Montà.

Azienda floricola Il Giardino, Grignasco (Novara): shy and a bit introverted, Massimo Perazzi is an able and poetic nurseryman and landscaper. In his nursery, divided in various parcels with different microclimates allowing a better acclimatization for plants, he grows perennial and alpine plants, unusual little-known shrubs, harmoniously included in a beautiful garden in constant evolution. Massimo also designes and realises gardens and parks.
Distance from other nurseries: km from 18 Vivaio La Montà – km 31 from F.lli Leonelli – km 28 from HoyaMia – km 31 from Vivai Prandini – km 37 from Nifantani – km 51 from Central Park – km 13 from Fiorichiari.

Vivaio La Montà, Roasio (Vercelli): opened many years ago by Susanna Tavallini, graduated in Forestry, it was one of the first nurseries that specialised in the cultivation of peonies, hostas, hellebores (among which many astern ones, with amazing colours and details) and dahlias, grown with passion and competence. The context of the nursery is fascinating and Sussana is very friendly!
Distance from other nurseries: km 38 from F.lli Leonelli – km 34 from HoyaMya – km 46 from Vivai Prandini – km 47 from Nifantani – km 54 from Central Park – km 21 from Fiorichiari – km 18 from Floricola Il Giardino..

Parks and gardens along the way

Parco Naturale delle Lame del Sesia (Vercelli): consisting of 830 hectares divided among the provinces of Novara and Vercelli through which river Sesia flows, the park comprises and protects various riverine environments of the territory, such as erosive ridges, bends, bodies of water, woods, gravels and sands, in contrast with the surrounding landscape characterised by the predominance of rice cultivation. Rich in walking and bike itineraries, it monitors, counts and identifies birdlife, very diverse, and offers schools to participate in the capture and census of birds. The park also comprises many interesting things from an historic and architectural point of view, such as the Benedictine Abbey of St. Nazario and Celso (1040). Around the park the most renowned surperfine rice varieties (Carnaroli, Baldo) and long-grain fine rices (Sant’Andrea). 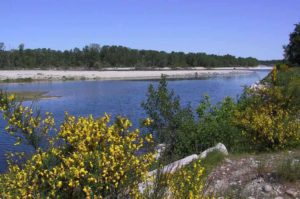 Giardino e roseto della Rosaiola, Pertengo (Vercelli): this marvellous rose garden is hidden among the paddy fields. A collection of more than 100 varieties of roses is dispersed among hedges and boxus plants in the shape of animals and characters, among which a huge jumping horse mounted by a jockey, and also flowering shrubs, perennial herbaceous plant and grasses. The rose garden is surrounded by an orchard that separates it from the countryside and anticipates its flowering.