Thanks to its history and culture, Piedmont is perhaps the richest Italian region in gardens as well as in small specialized nurseries. There are roses, peonies, shrubs, ancient fruit trees, perennial and aromatic herbaceous plants, alpine, garden and climbing varieties, offered in a vast choice of species to all enthusiasts and true professionals. Our weekend-itinerary is divided into several stages. In the province of Turin alone, there are two of them. What follows is the first, which will lead you among aromatic herbs, special vegetables, unusual climbers, ornamental grasses, perennial herbaceous plants and fascinating alpine plants, as well as a couple of vineyards and wineries which truly respect the environment and are surrounded by evocative landscapes.
You may combine this itinerary with Andar per vivai: a sud di Torino (Piemonte / 5)

The map shows the locations included in our suggested itinerary. Distances are also mentioned, in order to make it easier and more practical for you to make your choice and save petrol and time. 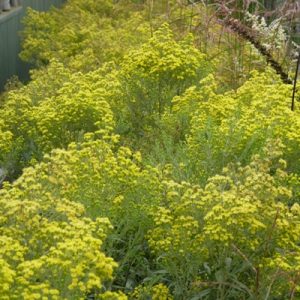 Vivaio Millefoglie, in Ivrea (TO): Opened in 1998 by Filippo Alossa, is specialized in perennial herbaceous plants, grass, trees, shrubs and creepers, offering, in particular, several collections of berries and hedge plants. There is also a wide choice of plants for attracting butterflies and other beneficial insects, as well as species for the natural improvement of the soil (nitrogen-fixing species, ground covering ones, etc.). Filippo and Rossana also experiment with techniques for eco-sustainable gardens and terraces with low environmental impact. This is not only a nursery but also a garden and a place for research, reproduction and cultivation of plants.

Vivaio VivAlpi , in Corio (TO): An unbridled passion for alpine plants has led Marco Picca Piccon, a professional chef extremely fond of the mountains, to open VivAlpi nursery, at 2.624 ft above sea level, between – in Lanzo and Canavese valleys (about 25 miles from Turin). This nursery is, therefore, specialized in the cultivation and the reproduction of mountain flora, featuring remarkable collections of the following genera: Gentiana, Helleborus, Corydalis, Pulsatilla, Astrantia, Aconitum, Ranunculus, Saxifraga, and several others. Thanks to the collaboration with some botanical gardens, associations and foreign nurseries, VivAlpi has now collected more than 1.000 species from mountain environments all over the world, such as the Rocky Mountains, the New Zealand Range, Patagonia, and the Asian valleys – all those species have been successfully in the local cultivation and reproduction.

Fratelli Gramaglia in Collegno (TO): Having reached the fourth generation of nurserymen (their family nursery was actually established in 1896), Marco and Paolo Gramaglia have collected aromatic, medicinal, poisonous and dyeing plants since 1990. Today, in the 6.000-square yard nursery, they cultivate more than 2.500 different species and varieties. It’s definitely worth mentioning their collections of aromatic, food, garden, textile and medicinal plants, including, in particular, basil, chillies, mints, tomatoes, cabbages, salads, aubergines and much, much more. Special Italian varieties are particularly interesting.

Vivaio Anna Peyron, in Castagneto Po (TO): this nursery offers a collection of ancient roses, hydrangeas, clematis, perennial species, rare bulbous plants and special shrubs. Anna’s nursery is also a garden and in the second half of spring it can truly overwhelm you with its abundance of ancient rose blooms, including creepers that fall down from the trees almost lapping the pond below, as well as the clematis full of grace – the most rustic and robust, perfectly suitable for our gardens; in summer, there’s a triumph of hydrangeas; in autumn, the last dahlias and the rose hips bless every corner of this garden-nursery. This is a place you shouldn’t absolutely miss!

Vivai Giani, in Marentino (TO): This company is specialized in climbing and prostrate-filiform stemmed plants; it was established in the spring of 2008 by Fabio Giani, graduated in “Ornamental Vegetable Production and Horticulture”, as well as “Management and creation of green areas” at the Faculty of Agriculture in Turin.

The idea of opening such a specialized nursery came from his previous experience as a gardener dealing with the terraces and small courtyards in Turin: right there, he learned how to cope with where the lack of large areas and the aesthetic needs to screen ugly city walls, gates and railings. Visits should be booked in advance.

This itinerary may be linked to DISCOVERING NURSERIES AND WINERIES: NORTH OF TURIN (PIEMONTE/5) by reaching Feletig Farm which is just 4,6 miles away. 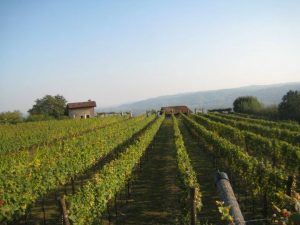 La Vigna del Belverde, a Parella (TO): this historical vineyard is on the hills to the right of the Morainic Amphitheatre of Ivrea, among the municipalities of Colleretto Giacosa, Parella and Loranzè – a few miles from Ivrea. The highly prized and exclusive “Erbaluce di Caluso” grapes are thoroughly taken care of with state-of-the-art biodynamic agriculture; for example, the strains of yellow-orange roses at the borders of the vineyard act as precious sentinels to protect the vines, while offering a particularly evocative sight.

Cantina Orsolani, in San Giorgio Canavese (TO): Cantina Orsolani winery is in San Giorgio Canavese, in the province of Turin. That’s exactly where Erbaluce di Caluso, a peculiar grape of Greek origin has found a highly appreciated expressiveness, so much so that since 2009, its protection and preservation has been officially recognized. The company’s philosophy is aimed at improving the quality of its products while respecting the territory and the very peculiar features of the local grape; this translates into cultivating the vineyards without any artificial, nor external boost and by means of organic fertilizers and low environmental impact treatments only – in full compliance with EEC regulations.
Eating out

Osteria di campagna di Marco Picca Piccon: annexed to Vivalpi nursery, this restaurant is specialized in alpine plants from all over the world and can be found in the hamlet of Cudine di Corio Canavese, above Cirié, at an altitude of 2.624 ft (between Lanzo and Canavese valleys, about 25 miles from Turin). It’s a “decent and honest restaurant” where you can be treated to tasty mountain specialities.