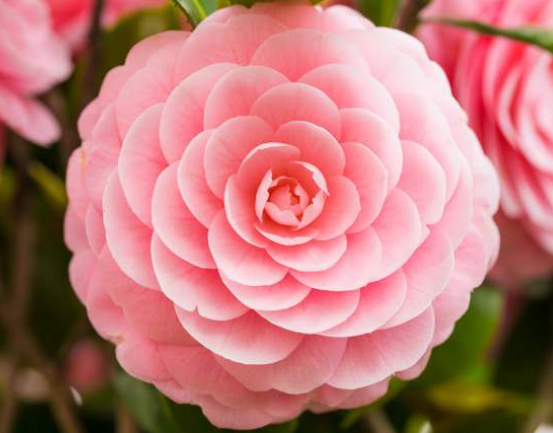 Lake Maggiore, the widest of our pre-alpine lakes, has always charmed artists, poets, travellers, Italian and foreigners, that stayed there and created beautiful gardens. Of glacial origin, surrounded by mountains and hills that repair it from cold northern winds, it extends over Piedmont, Lombardy and the canton of Ticino. Among its beauties, there are its islands, 11 in all, of which 8 in Piedmont and 1 in Lombardy. Amazing villas, fortresses and castles rise up on the islands and along the bank: for instance, on the Piedmontese side, the Rocca d’Angera and Villa Ponti in Arona, the Borromeo palazzi on the Isola Madre (lit. ‘mother island’) and the Isola Bella (lit. ‘beautiful island’), Villa Treves in Belgirate, that hosted Gabriele D’Annuzio and Giovanni Verga, Villa Ducale and Villa Pallavicino with its zoological park in Stresa, Villa Giulia, Villa San Remigio and the wonderful Botanical Gardens of Villa Taranto in Verbania.

Many are, therefore, the historic gardens, more or less important, created over time by wealthy families coming from the cities, and, consequently, many are also the nurseries, specialised in acid-loving plants, orchids and all the other plants in the area, that have made the history of Italian nursery.

This itinerary across nurseries along the Piedmontese bank of Lake Maggiore sets off in Oggebio, descends along the lake as far as Arona, passing by Omegna, a beautiful village on Lake Orta. Rich in colourful villages, fascinating views, villas, piers and woods, this smaller yet very romantic lake, has in turn inspired writers, poets and film directors. Orta San Giulio, with its alleys full of small workshops, is also not to be missed, together with San Giulio island, named “silence island”, where Gianni Rodari set “C’era due volte il barone Lamberto, and Pella”, on the opposite bank, that hosts an interesting second-hand or vintage furniture and novelties market every third Sunday of the month.

La Camelia d’Oro, Oggebbio (Verbania): a small, very special nursery, created by Andrea Corneo within its camellia garden in Villa Anelli. It takes its name after yellow camellia (Camellia chrysantha or C. nitidissima), very rare species, planted in the garden during the 1960s, flowering every five years and for a short time. The nursey produces more than 400 species and cultivars, mostly through marcottage of ancient plants growing in the gardens of Villa Anelli and in other historic gardens in the area, biologically grown.

La Piccola Selva, Omegna (Verbania): it is not a nursery, but a flower designer. We include it because it is very interesting; it is specialised, for over 30 years, in flower compositions and ornaments for weddings, bridal bouquets and centrepieces. 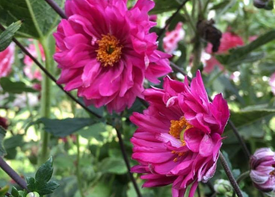 From here, you can connect to the second Piedmontese itinerary, Wandering nurseries: from Novara to Vercelli, between water and rice (Piedmont/2), reaching the F.lli Leonelli farm, only 9 km away. Alternatively, you can connect to the second Lombardy itinerary, Wandering nurseries: from Varese Lake to Lake Maggiore (Lombardy/2), reaching Il Giardino delle Essenze Perdute, 40 km away.

Gardens along the way 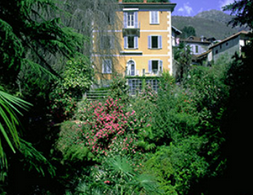 Giardino di Villa Anelli, Oggebbio (Verbania): a suggestive romantic garden, creates at the end of the 19th Century, it hosts one of the most important European collections of camellia and is included in the prestigious list “Gardens of Excellence”. Here, you can find exotic species, trees and plants that were popular at the time, among which many cultivars of camellias, among winding paths limited by rocks , earthenware arks, rocaille fountains decorated with stone or earthenware sculptures, minerals, shells, ceramic tiles and maidenhair fern. Here, the Camellia Italian Society was founded in 1965; the owner of the garden, Andrea Corneo, is the president. Nowadays the villa also has a nursery, La Camelia D’oro, specialised in historic camellias produced through marcottage of big plants found in the gardens in the area, and a small, adorable Bed&Breakfast. 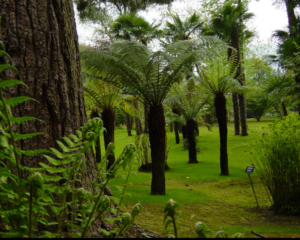 Villa Taranto Botanical Gardens: created by Neai McEacharn (1184-1964), a Scottish captain very passionate about botany and Italy, they were afterwards donated to the Italian State and opened to the public for the first time in 1952. Nowadays, on a 16 hectares area, grow 20thousand plants, among which 80thousand bulbiferous plants flowering in spring, collections of trees and shrubs from all over the world, some of them unique in Europe and acclimated after much work, greenhouses dedicated to Mediterranean, tropical and subtropical plants, and the “Labyrinth of the Dahlias” with more than 1500 plants of dahlias belonging to 350 varieties. They are open from March to the end of October. 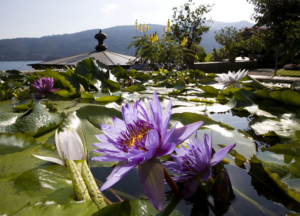 Isola Madre, Stresa (Verbania): in 1845 Gustave Flaubert said it was the most sensual place in the world”. Isola Madre is the biggest of the Borromeo Islands, it has belonged to the Borromeo family for centuries and has opened to the public in 1978. What makes it so special is the 16th Century palazzo and the great garden, which for centuries has been an acclimatization botanical garden, rich in rare plants and exotic flowers, where peacocks, parrots and pheasants live freely. Thanks to the favourable microclimate of the lake, to the passion of the owners for botany and to the director of the Borromeo gardens, the islands hosts countless plants, both characteristic of the area of the lakes, both unusual and rare. Open from March to the end of October.

The area is filled with great hotels, boarding houses and B&B. We recommend two small B&Bs belonging to nurseries. 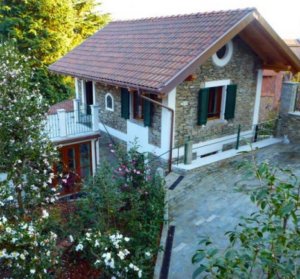 B&B Camelia d’Oro, Villa Anelli, Oggebbio (Verbania): a teeny tiny house surrounded by the romantic camellia garden of the villa. Great hospitality, thanks to the owners.

B&B Vivaio La Ghirlandina, Le Orchidee del Lago Maggiore nursery: located in an early 1900s villa, near the lakeshore, with a 1-hectare park with secular azaleas and camellias. The nursery collection is dedicated to orchids and tillandsias.