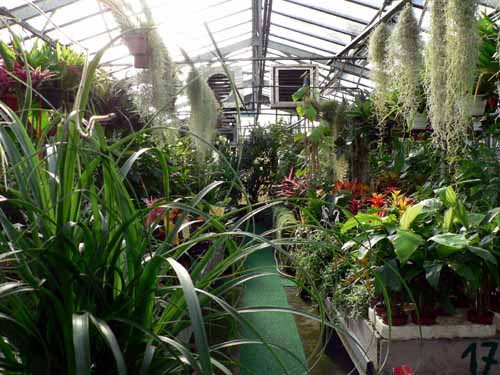 The second Ligurian itinerary, a territory historically rich in gardens and nurseries, starts in Serravalle Scrivia, in the province of Alessandria, Piedmont, road node between the Po Valley and the Ligurian Sea, between the last villages of the Ligurian Apennine and the begging of the Lombard plain. We therefore go down along the Riviera di Ponente (lit. “the coast of the setting sun”), passing by the provinces of Genoa and Savona, reaching the hamlet of Ciancaverè, in the province of Imperia, where you can continue with the first Ligurian itinerary Wandering nurseries: the Flower Riviera, from Camporosso to Sanremo (Liguria/1). This route will guide you through flowering shrubs, hortensias, flowering apple trees, countless geraniums, Mediterranean herbaceous species, collections of wisterias, roses, magnolias, hellebores, perennials and aromatics

Giardino Vivaio Ciancavarè: located on a small upland at the edge of an oak wood, among hills with Mediterranea scrub and olive grove, in the hamlet of Ciancravarè (Imperia), this nursery produces shrubs, suffruticoses and herbaceous plants belonging to the Mediterranean flora, aromatics, spontaneous and medicinal plants, reproduced from seeds or through grafting and grown in pots, without any chemical product (hormones, fertilizers, pesticides, herbicides). Among the cultivated plants, there are 100 species and varieties of sage, artemisinin, rosemary, lavender; many of the plants used by landscaper James Basson for his great demonstrative garden at the Chelsea Flower Show 2017, which won the “Best in Show” prize, came from this nursery.
Distance from other nurseries: km 29,5 from Vivaio Ratto – km 18 from Vivaio Ciancavarè – km 59 from Vivaio Ratto – km 29 from Vivai Montina – km 32 from L’Oasi del Geranio – km 42 from Il Giardino degli Ellebori.

Le Rose Profumate , Diano San Pietro (Imperia): this nursery has two souls. For ten years it was run by Ann, an Anglo-Scottish nurse who migrated t Liguria for love, and her son Sandro Gorio: she loves ancient roses, he loves modern ones. Together they selected more than 100 varieties with particular scents, some of them very rare. Among those, Rosa stellata ‘Mirifica’, Rosa ‘Park’s Yellow Tea Scented China’, ‘Lamarque’, ‘Clementina Carboneri’, ‘Sourire d’Orchidée’ and many others.

Vivaio Paolo Angelo Ratto: located in the Valley of Albenga (Savona), it was opened many years ago by Angelo Paolo and Monica Ratto, who, in the face of climate change, decided to grow plants with low water requirements. In particular, they chose plants with grey leaves, mostly lavender (they have one of the most complete Italian collections), aromatics such as sage and rosemary, small shrubs, perennial herbaceous plants and cistuses. All of the plants are produced in the nursery, from seeds or grafting. The nursery is always open, except for Sundays, but its better to phone beforehand because it is family-run and always at market exhibitions.
Distance from other nurseries: km 7 from Vivai Montina – km 41 from Vivaio Ciancavarè – km 29,5 from Le Rose Profumate – km 3,5 from L’Oasi del Geranio – km 13,5 from Il Giardino degli Ellebori.

Vivai Montina, Cisano sul Neva (Savona): established in 1936, now run by the third generation, it is specialised in the cultivation of bearer plants, among which ancient varieties, grapevines and citruses, ornamental plants and palms. The owners are very friendly and give many suggestions. They also have many DVDs about cultivation divided in themes such as plantation and fruit trees pruning.
Distance from other nurseries: km 6,5 from L’Oasi del Geranio – km 40 from Vivaio Ciancavarè – km 29 from Le Rose Profumate – km 7 from Vivaio Angelo Ratto – km 16,5 from Il Giardino degli Ellebori.

Azienda floricola L’Oasi del Geranio, Ceriale (Savona): this big nursery was created in 1948 to grow fruit and vegetables such as asparaguses and strawberries, but overtime became centre on flowers. Thanks to the passion of the owners, Silvana and Carlo Giorgi, since 1988 the nursery is specialised in the production of Pelargoniums, with more than 300 species and varieties, many of them very rare. We owe Mrs Silvan the creation of the Pelargonium Italian Society.
Distance from other nurseries: km 10,5 from Il Giardino degli Ellebori – km 43 from Vivaio Ciancavarè – km 32 from Le Rose Profumate – km 3,5 from Vivaio Angelo Ratto – km 6,5 from Vivai Montina.

Il Giardino degli Ellebori, Pietra Ligure (Savona): this small nursery-garden takes inspiration from English cottage- gardens and is specialised in the production of hellebores, with more than 370 hybrids and varieties, collected in 48 years if activity by the sisters Anna and Carla Bargaglia. The garden opens to the public during the flowering period, February-March, for the Hellebores Exhibition, but you can buy plants at any time of the year, public holidays included, by appointment. They don’t ship products.
Distance from other nurseries: km 54 from Vivaio Ciancavarè – km 42 from Le Rose Profumate – km 13,5 from Vivaio Angelo Ratto – km 16,5 from Vivai Montina – km 10,5 from L’Oasi del Geranio.

From here, you can connect to the itinerary Wandering nurseries: the Flower Riviera, from Camporosso to Sanremo (Liguria/1), reaching Tamoflor, 31 km away, or the itinerary Alessandria and Asti (Piedmont/7), reaching Il Giardino e le Fronde, 118 km away.

Gardens and other places to visit along the way

There are so many public, private, historic and contemporary gardens, parks, promenades, naturalistic reserves and places of a botanic, naturalistic and architectonic interest that we suggest you to see all of then in the section “luoghi” of www.italianbotanicalheritage.com: selecting the provinces of Savona and Genoa.

We will only indicate two gardens, with a very different history and style, but both worth the visit.

Villa della Pergola, Alassio (Savona): begun in 1880 by the family McMurdo, together with the annexed park, the construction was then finished by Thomas Hanbury, owner of the gardens La Mortola, who planted varieties of South-American succulents, collection of cycas, Australian eucalyptuses and many other exotic species. The villa and the park have been recently renovated by the new owners. The park, especially, was entrusted to landscaper Paolo Pejrone, who restored its ancient splendour. Divided in terraces, it includes countless Mediterranean and exotic plants, wonderful collections of agapanthuses and wisterias, romantic arbours of Rosa banksiae, bougainvilleas, fountains, little rocky lakes and huge pools with water. In 1925 Alfred Hitchcock set some scenes of his first film “The pleasure garden” on the beach in Alassio and in the park of the villa; in 1957, Oscar winner Guy Green set in Villa della Pergola the film “The Snorkel” starring Betta St. John, Peter Van Eyck and Mandy Miller.

Giardino di Gianmarco Bernocchi, La Spezia: this pleasant and unexpected private garden created by landscaper Gianmarco Bernocchi, combines with taste and wisdom Mediterranean, tropical and subtropical plants, in suggestive colour combinations inspired by the works of Kandinsky and Monet. It is worth going all the way to La Spezia, only by prior appointment.

Other things not to be missed

Don’t miss a visit to the histori Confetteria Romanengo, in Genoa, where you can buy candied violets and rose petals. You can taste and buy, according to the season, Valeggia apricots, carlinas in oil,  the particular potate Quarantina Prugnona with its violet skin, the delicious rose syrup, jams and other products derived from the transformation of the Chinotto of Savona, Albenga violet asparagus,  and the very well known Recco cheese focaccia, herbs ravioli, Genoese pesto and basil, nut sauce.