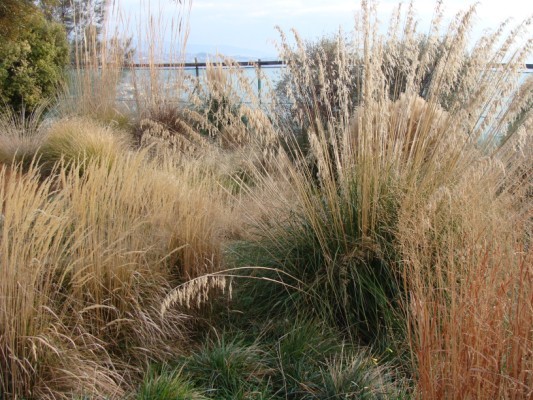 Liguria used to be the very cradle of Italian floriculture and is still one of the richest Italian regions when it comes to beautiful gardens, thanks to the mild climate and the presence (especially in the XIX-early XX centuries) of many foreigners, mainly from the UK, who lived here. Not surprisingly, a stretch of the coast is nicknamed the Flower Riviera: it’s actually in the province of Imperia, on the Western stretch of the coast, extending from Capo Mimosa to Cervo and Ventimiglia. This part of Liguria houses the Floriculture Experimental Institute (Istituto Sperimentale per la Floricoltura di Sanremo), founded in 1925 and managed by Mario Calvino and then by Elena Mameli, the parents of the Italian novelist Italo Calvino; the latter set Il Barone Rampante – a wonderful tale of a rebellion – right here, in this very part of Italy.
The Flower Riviera also features many historic abodes, villas and castles decorated with ancient gardens, historical and contemporary parks, museums, botanical collections, romantic walks and nature reserves; visitors should also enjoy the typical local products (bitter orange flower water, fresh basil, Chinotto from Savona, Quarantina Prugnona potatoes, etc.), but, above all, the incredible amount and variety of highly-specialized nurseries. We have, therefore, selected some of them, along an itinerary that runs from Imperia to Sanremo. Luxuriant avocados, mangoes, plants, fragrant roses, numberless Mediterranean and subtropical climbers and shrubs, ornamental grasses and other particular herbs await!

Ideally, this first Ligurian itinerary should be linked to the second one, starting and finishing each leg of the trip in Pietra Ligure and eventually reaching Serravalle Scrivia in Piedmont. Enjoy!

The map shows the nurseries and other locations included in our suggested itinerary. Distances are also mentioned, in order to make it easier and more practical for you to make your choice and save petrol and time.

Persea Nursery: this farm is specialized on exotic fruit plants, such as avocado, feijoa, pepino, myoporo and asimina – like the species shown in the picture.

Quarnero Angelo Nursery: in Camporosso (IM): Born more than fifty years ago, it produces all kinds of succulent plants but has also focused on some species of Epiphyllum plants for some eight years. Scarcely known in Italy, but highly appreciated by experts and enthusiasts. Those plants feature a mesmerizing variety of shades and size of their flowers – colours range from yellow, to white, apricot, pink, red and purple.

Noaro Nursery, in Camporosso (IM): A well-known nursery created by Luciano Noaro and now managed, with the same passion and competence, by his son Mauro, this facility offers collections of vines with some rare and almost unknown species. Shrubs and tropical and subtropical fruits, citrus fruits, in particular, are also abundant.

Phytotrend: this is a very interesting nursery in the hinterland of Sanremo (IM). It cultivates and produces ornamental grass and Restionaceae, herbs native to the southern hemisphere with highly architectural value, and requiring very low maintenance. The plants have also been arranged in a beautiful heat and drought-proof garden.

Tamoflor, Sanremo (IM): TamoFlor nursery is specialized mainly in the cultivation of espalier, round or tree-shaped Bougainvillea of 42 different varieties, grown thanks to continuous dedication and research. Then there are bottlebrushes, oleanders, Camellia japonica, mimosas, and several citrus fruits, some of which are also cultivated on small trees.

Le Rose Profumate: Managed by former Scottish-British nurse Ann – who moved to Liguria for sentimental reasons – and her son Sandro Glorio, this nursery is specialized on modern and ancient species, carefully selected for their fragrance and flowering features.

Now you may proceed on the second itinerary in Liguria, travelling to Ciancavarè Nursery-Garden, some 10 miles away. Gardens, typical products and many other attractions can be found along the way, as usual.
Gardens and attractions along the way

Botanical Garden of Villa Hanbury: Hanbury Botanical Gardens are located on the Mortola promontory, on the Ligurian coast, a few kilometres from the French border. They stretch over 45 acres of the municipal area of Ventimiglia, in the province of Imperia. The typical English landscape, with irregular paths and romantic pergolas and patios, offers postcard-like views of the sea in the background. The property features a wide range of microclimates, according to different exposures to the sun and the winds, variable heights and humidity.

The garden of Villa Piacenza Boccanegra, between Latte e Ventimiglia (IM): In the southernmost part of Liguria, a few kilometres from the French border, Boccanegra Garden offers an excellent collection of Mediterranean climate plants coming from all over the world. They are neatly arranged over some 10 acres of terraced cultivation gently sloping to the sea. The steep terrain on the sea has been reserved for the spontaneous flora, while the area near the house is full of “thirsty” tropical plants – which require particular care – and the only one equipped with an irrigation system. Boccanegra is, in fact, a natural garden, which can grow mostly unattended.

Winter Gardens, Bordighera: Ludwig Winter (1846-1912) was a German agronomist and botanist, who participated in the construction of Hanbury gardens in Ventimiglia and created a wondrous botanical garden in Bordighera – in the Sasso valley. Today, the latter is a private property in “Madonna della Ruota” area, with one of the richest collections of palm trees, inspired by those of the early 1900s, and evoking the exotic world of deserts and oasis.

In Bordighera, there are also some wondrous Ficus macrophylla specimens in the upper city square; inside Schiva Garden, on the other hand, there’s the highest Pinus canariensis in Europe – it can even seen from outside.

Giardino di Villa Nobel, Sanremo (IM): Villa Nobel is famous for being owned by Alfred Nobel, who called it his “nest”, as he spent a long period of his life there. It is a mixed-style building from the second half of the nineteenth century, surrounded by a garden. The latter deserves a special mention, especially where there used to be Nobel’s labs. In ancient times it actually reached the sea, it was later transformed and reduced.

Many other modern and ancient gardens are listed on www.italianbotanicalheritage.com. Feel free to use the filtering tools in the pull-down menus, to locate the ones you’d like to visit according to your areas of interest.

Cosio d’Arroscia Herb Museum, in Cosio d’Arroscia, (IM): the local community of the Alta Valle Arroscia has set up this museum on two floors of the former Cosio d’Arroscia town hall, dedicating it to agronomist Giovanni Alessandri. He was born here and specialized himself as a medicinal herb scholar, in the footsteps of many famous scientists. He also had the great idea of setting up experimental production of this type of herbs to be used for cosmetic products, mostly favouring lavender (Lavandula officinalis), typical on the Maritime Alps, and Damask roses (Rosa x damascena) for perfumes.

The Mortola Tower, in La Mortola, Ventimiglia (IM): a 1500 post guard tower in Mortola, just over the world-famous Hanbury Gardens, a paradise of nature, with an incredible sea view and a great botanic garden (with a big aloe arborescens collection, that the guest can use for beauty treatment). There’s also an outdoor gym, several amenities, fine wine, and an excellent restaurant. This resort is also close to Sanremo and Montecarlo, therefore it’s ideal for shopping and nightlife trips.