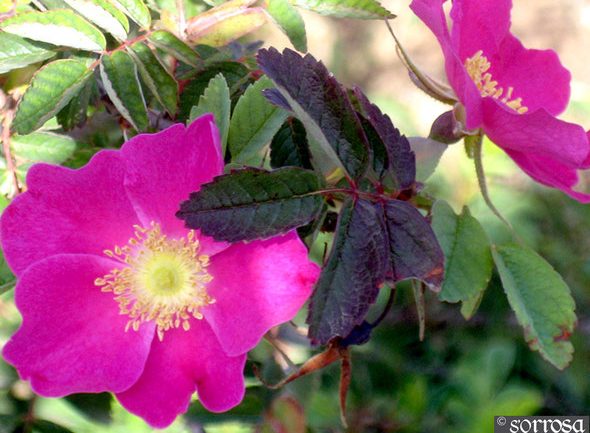 After the first itinerary across nurseries in Lazio, that from Lake Bolsena reaches Tivoli passing by Viterbo and Rieti, here is the secondo ne, that from the surroundings of Rome reaches Latina. Along the way, besides historical villas, great gardens, parks and natural reserves, suggestive villages and landscapes, you will find many tillandsias, a very particular plant, countless bulbs, fascinating ancient and modern roses, unusual Mediterranean , Australian and South African plants, geraniums and aquatic plants. Going backwards, you can connect to the first itinerary and reach the nursery Il Fiore all’Occhiello, in Palombara Sabina (Rome), 46 km away.

Le Figlie del Vento, Rome: since 1990 the nursery specialises in the production and export of bromeliads belonging to the genus Tillandsia, with a collection that includes both rare specimens and others that can be cultivated outdoor with our climate. The growth of the plants is not forced, they are let free to develop in a natural way; this choice contributes to their rusticity and strength. Distance from other nurseries: km 24 from Floriana Bulbose – km 55 from S’Orrosa – km 56 from Torsanlorenzo – km 52 from L’Antico Fiore – km 74 from Waternursery.

Floriana Bulbose, a  Monte Porzio Catone (Rome): this extraordinary nursery specialises in bulbs, tuberoses and rhizomes, was established by Enrico Shejbal, now helped by his son Christian. It offers collections of bulbs, rhizomes, tuberoses flowering in winter, spring, autumn and summer, for hobbyists but also for parks, gardens, botanical gardens, nurseries and landscapers. They also have an online shop. Distance from other nurseries: km 44 from S’Orrosa – km 24 from Le Figlie del Vento – km 45 from Torsanlorenzo – km 40 from L’Antico Fiore – km 55 from Waternursery.

S’Orrosa, a Tor San Lorenzo (Rome): the nursery specialises in ancient, Chinese, Indian and American roses, with a collection of more than 1000 varieties, among which some are very rare and new in Italy. Distance from other nurseries: km 1 from Torsanlorenzo – km 55 from Le Figlie del Vento – km 44 from Floriana Bulbose – km 9 from L’Antico Fiore – km 34 from Waternursery

Torsanlorenzo Gruppo Florovivaistico , a Tor San Lorenzo (Rome): this big nursery, with other branches in Italy and abroad, was established in 198 by the late Mario Margheriti, modern plant hunter, and is now run by his daughters Silvia and Liana, with passion and expertise. Their catalogue includes now 5700 varieties, in particular Mediterranean, Australian, and South African species and varieties, requiring low maintenance and little water, but also Italian spontaneous species, used to rebuild natural environments in peril or to be put in gardens. The nursery is very near to Giardini della Landriana (the next nursery). Don’t miss them! Distance from other nurseries: km 8 from L’Antico Fiore – km 56 from Le Figlie del Vento – km 45 from Floriana Bulbose – km 1 from S’Orrosa – km 33 from Waternursery.

a nursery specialised in the production of aquatic plants, among which you will find collections of irises, lotus flowers, water lilies and plants for phytodepuration. It also offers small lakes in pots and corten pools. Distance from other nurseries: km 74 from Le Figlie del Vento – km 55 from Floriana Bulbose – km 34 from S’Orrosa – km 33 from Torsanlorenzo – km 30 from L’Antico Fiore.

From here, you can connect to the first itinerary in Lazio, reaching the nursery Il Fiore all’Occhiello, in Palombara Sabina (Rome), 46 km away.

Gardens not to be missed

There are so many villas and historic gardens, botanical gardens and naturalistic reserves in this territory, that it is difficult to choose only some of them. You can find them all on Italian Botanical Heritage, regione Lazio; we leave to you the choice of which gardens can enrich your itinerary. Anyway, we advise you to visit two gardens, both amazing and fascinating.

Giardino della Landriana, a Tor San Lorenzo, Ardea (Rome): created by the Marquees Lavinia Taverna and designed by Russel Page, it is made up of various gardens, among which the grey garden, the blue lawn, the valley of the roses, the white boulevard, the olive trees garden, the rose garden, the citruses garden, a rock garden, a marvellous pergola with a secular wisteria. In April and October, the gardens host the market exhibitions “Primavera alla Landriana” and “Autunno alla Landriana”.

Giardino di Ninfa a Cisterna di Latina (LT): this large English garden has a very romantic atmosphere; it was declared Natural Monument of the Region Lazion in 2000. Ancient ruins, a river, streams with crystal-clear water, cypresses, roses climbing on trees and ruins, magnolias, flowering cherry trees, all kinds of shrubs, tropical plant favoured by the mild climate, a 17th Century Italian garden with citruses in pots and pool with swans, water lilies and so much more, is what you can find there. It will charm you, in every season, but you need to book your visit far in advance.

Take advantage of this trip to taste, according to the season, the Ravenna della Sabina cherry, Roman broccoli and artichokes, typical of the area of Rome; Sperlonga white celery, Catalogna Frastagliata chicory of Gaeta and chickling vetch of Campodimele, cultivated in the province of Latina. You will not regret it!