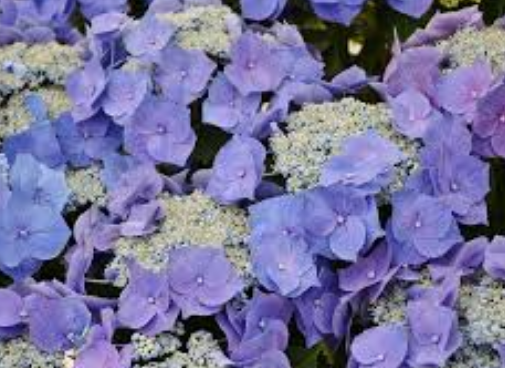 Cradle of our civilization, Lazio is a vast territory with heterogeneous physical characteristics, with a prevalence of mountains and hills, lakes, and, in proximity of the Tyrrhenian coast, valleys and great fertile plains, once recovered. Very rich in historic villas and important parks, gardens, reserves and other protected naturalistic areas, it has countless suggestive landscapes: gorges, forests, and the great tablelands of the Tuscia, the romantic lakes Vico, Nemi and Bolsena and the green hills of Sabina; the uneven Maremma area and the coastline; the villages and the acropolises of ancient populations. There are also many nurseries in the territory, in fact we divided them into two itineraries. The first one starts from Lake Bolsena and reaches Tivoli, passing by Viterbo and Rieti; the second one begins in the surroundings of Rome and ends in Latina.

Let’s begin with the first itinerary that will guide you through aromatics, hortensias and magnolias, black pomegranate, rare geraniums, vegetables and annual flowers, a feast of peonies, spectacular specimens of Japanese maples. If you wish, you can connect to the itinerary Wandering nurseries: discovering Umbria, starting from the nursery Le Rose, 34 km away, or you can continue with the second itinerary in Lazio, Andar per vivai: da Roma a Latina – Lazio/2.

Vivaio Giardino Tara, Bolsena (Viterbo): this charming nursery on the banks of Lake Bolsena is specialised in hortensias, produced from grafting, but also roses, magnolias (including the species once known as Michelie), wisterias, peonies Itoh, pomegranates (including a variety with small black fruits selected in the nursery) and rare plants for collectors, some of which can be seen in their garden.
Distance from other nurseries: km 34 from Centro Botanic Moutan – km 7 from Le Aromatiche di Bolsena – km 84 from Az. Agr. Alessandra Orsi – km 172 from Gli Aceri della Sabina – km 167 from Il Fiore all’Occhiello.

Centro Botanico Moutan, Vitorchiano (Viterbo): born out of the passion of engineer Confalonieri, it gathers a large collection of arboreal peonies and Chinese herbs, with more than 200000 specimens. You cannot miss, in April and May, the amazing flowering of their Peonies Garden, only prior appointment.
Distance from other nurseries: km 50 from Az. Agr. Alessandro Orsi – km 42 from Le Aromatiche di Bolsena – km 34 from Vivaio Giardino Tara – km 77 from Gli Aceri della Sabina – km 91 from Il Fiore all’Occhiello.

Gli Aceri della Sabina, Borgo Quinzio (Rieti): established by Alessandro Biagioli, who is also a radio broadcaster with a nice programme about nature, the nursery gathers one of the largest collections of Japanese maples, with biggest specimens in Italy. There are 150 different specimens, but their number is growing every year.
Distance from other nurseries: km from Il Fiore all’Occhiello – km 115 from Le Aromatiche di Bolsena – km 108 from Vivaio Giardino Tara – km 77 from Centro Botanico Moutan – km 45 from Az. Agr. Alessandro Orsi Orsi. 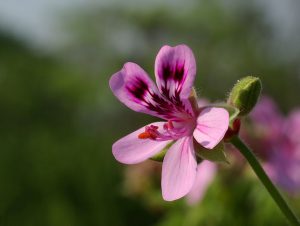 From here, you can connect to the second itinerary in Lazio, Andar per vivai: da Roma a Latina (Lazio/2), reaching the Roman nursery Le Figlie del Vento, 46 km away.

Gardens and naturalistic reserves along the way

There are so many villas and historic gardens, botanical gardens and naturalistic reserves, that it is really difficult to choose the ones to include here. You can have a look for a complete list on the website Italian Botanical Heritage, regione Lazio, (orti e giardini botanici, parchi naturali…). We will include only two, different but very fascinating, and a tiny island full of gardens in Lake Bolsena.

Il Giardino della Cannara, Marta (Viterbo): it extends over one hectare and has a very romantic atmosphere among trees, bamboos, shrubs, wisterias, roses and walls covered by American vines. It is located on the shoreline of river Marta and around a small lake.

Take advantage of this trip to taste, according to the season, Proceno red garlic, Solfarino bean , Maremma Viterbese fennel, Scatolone tomato of Bolsena, Valentano Solco Dritto chickpea, all produced in the area of Viterbo.

Discovering nurseries: among plains and mountains from Caserta to Avellino (Campania/1)