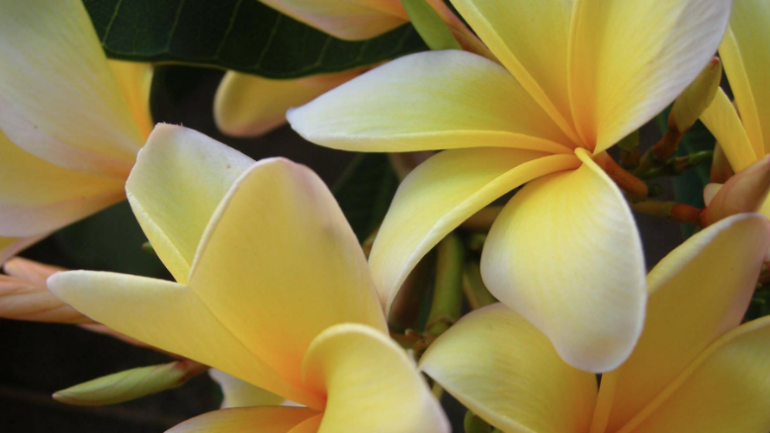 Wandering nurseries: along the Eastern coast, from Catania to Ragusa (Sicily/2)

This second itinerary across beautiful Sicily develops, on more days, from Catania and the slopes of Etna, to Siracusa and Ragusa, among nurseries with scented jasmines and geraniums and plumerias, nurseries with topical and subtropical ornamental and bearer plants, cactuses, palms, cycas and many other species fit for mild climates. Also on this occasion, you can add a visit to the many gardens and artistic or naturalistic spots in the area. If you have more days, you can do this itinerary after the first one in Sicily, Wandering nurseries: Messina and its surroundings (Sicily/1).

Sun Island Nursery, Catalbiano (Catania): this amazing nursery was opened 20 years ago by Pietro Petiet and its wife Laura, taking over the business of his father, that is the nursery of tropical plants created by the Dutch botanist and geneticist Jan Petiet in the 1960s. Crown jewel of the nursery, besides hibiscuses and bougainvillea, id the collection of plumerias, including local and tropical varieties. As a matter of fact, Sicily is one of the few places in Europe where you can find plumerias, also known as pomelia or frangipani: native of tropical America, they arrived in Sicily in 1810, brought by a ship-owner of Riposto, reaching then the Botanical Garden of Palermo and colonizing the whole city, becoming its symbol.
Distance from other nurseries: km 15 from Piante Faro – km 16 from Malvarosa – km 32 from Valverde – km 108 from Erbavoglio – km 167 from Vivai del Valentino – km 136 from Az. Agr. Sallemi.

Piante Faro, Giarre (Catania): this big nursery was established 50 years ago by Venerando Faro and is now run by his sons Mario and Michele. It produces exotic and Mediterranean plants coming from territories with a Mediterranean climate, but also subtropical plants for dry climates, with more than 800 species and 500 varieties. They have a wonderful collection of Mother Plants, mostly located in Giarre and used for reproduction, including Cicadee (Cycas, Macrozamia ed Enchefaloartos), arboreal ferns and palms.
Distance from other nurseries: km 1,5 from Malvarosa – km 15 from Sun Island Nursery – km 17,5 from Valverde – km 98 from Erbavoglio – km 156 from Vivai del Valentino – km 126 from Az. Agr. Sallemi. 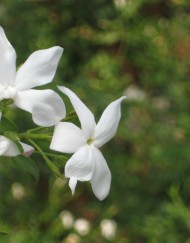 Vivaio Malvarosa, Carruba, Giarre (Catania): located within an ancient citrus grove, it specialises in collections of scented geraniums and rare jasmines; the last ones, are distributed along an illustrated education path. Their number is striking, with white, yellow and also pink flowers. Many are only fit for hot or mild climates, while others are rustic and can also be cultivated in the North. Filippo Figuera will tell you about them with great passion.
Distance from other nurseries: km 16 from Valverde – km 16 from Sun Island Nursery – km 1,5 from Piante Faro – km 98 from Erbavoglio – km 156 from Vivai del Valentino – km 126 from Az. Agr. Sallemi.

Az. agr. Vivai Valverde, Maugeri (Catania): established in 1987 out of Ester Cappadonna’s passion for plants, it produces forgotten plants, rare and unusual varieties of the Sicily of yore, such as freesias, capers, tuberoses, asparaguses, coltsfoot. It is worth a visit because the nursery has an interesting garden, divided by themes among which the marsh area, the dry garden, the shaded garden, the winter garden, the citruses garden and the vegetable garden. You can also buy jams obtained from the fruits of the garden and nice objects.
Distance from other nurseries: km 80,5 from Erbavoglio – km 32 from Sun Island Nursery – km 17,5 from Piante Faro – km 16 from Malvarosa – km 139 from Vivai del Valentino – km 108 from Az. Agr. Sallemi.

Gardens to visit long the way

Giardino di Villa Trinità, Mascalucia (Catania): located within an ancient citrus grove and petrified lava flows dating back to 1382, it was created by landscaper Salvatore Bonajuto. There are many exotic and Mediterrenean trees and shrubs, among olive trees and tangerines. You can also take part to Sicilian cooking classes, held by his wife Marina, and to agricultural works, according the season, like grapes, olives and citruses harvest. The second week-end of June it hosts the market exhibition of plants for the Mediterranean garden “Dove Fiorisce la Jacaranda” (Where Jacaranda Flowers).

Parco delle Kenzie, Riposto (Catania): this 9000 m2 botanical garden also has a museum and a greenhouse. The crown jewel is the presence of 100 specimens of kentia palm (Howea forsteriana) 10 m high, planted in the early 1900s.

You can find many more gardens to visit in the post Wandering gardens: North-Eastern Sicily.

Parco regionale dell’Etna, established in 1987 and now part of UNESCO’s World Heritage sites, it offers excursions, guided visits up to the top, and, in winter, skiing facilities, on the Southern side, in Nicolosi, and on the Northern side, in Linguaglossa, all within an amazing landscape.

Riserva Naturale di Vindicari, in the province of Siracusa, between Noto and Marzamemi. It extends over 1450 hectares of land denominated “marsh area of international importance”. 937 hectares constitute a prereserve dedicated to agriculture (citrus and olive groves, vineyards and vegetable gardens). It includes archaeological and architectural settlements dating back to the Greeks, traces of a Roman depot-pool for fish processing, a small necropolis and a Swabian tower,

Etna Botanic Garden-Villa Trinità, Mascalucia (Catania), a very charming agritourism annexed to the garden of Villa Trinità. It is an agricultural estate belonging to the Bonajuto family from at least eight generations, within a beautiful garden of Mediterranean and exotic plants, citruses and olive trees. The facility offers 2 rooms and six apartments. Marina Bonajuto is also a very good cook. You can throw parties or dinners, take Sicilian cooking classes and take part to the agricultural work, according to the season. 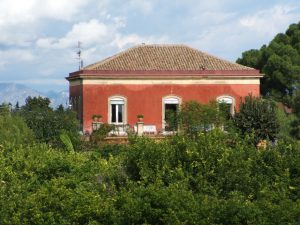 B&B Vivaio Malvarosa, Carruba, Giarre (Catania): annexed to the nursery, it is very hospitable and offers fresh citruses and a large choice of natural products: citruses jams, chocolate, jasmine and hollyhock based cosmetics.

B&B Hortus Herperidis, Mazzara Sant’Andrea (Messina): it is annexed to the nursery specialised in citruses, olive trees and Mediterranean plants.

Dimore del Valentino, Scicli (Ragusa): annexed to Vivai del Valentino, within the charming and thriving Noto Valley, it is near Scicli (UNESCO city) and many other artistic, architectural and naturalistic beauties.

B&B Erbavoglio, not far from the centre of Siracusa: annexed to the small nursery Erbavoglio, it offers relaxing treatments, breakfasts with organic products, gardening and aromatherapy classes, guided walks looking for wild plants. From here, you can also visit Siracusa, UNESCO Cultural Heritage site, with the amazing neighbourhood of Ortigia, rich in artisan shops, Palazzolo Acreide with its Greek theatre, the baroque city of Noto, the seaside locations of Marina di Avola and Marina di Noto, the Protected Maritime Oasis of Plemmirio and the Vindicari Natural Reserve.

Earthenwear vases made by Alessandra Intelisano: colourful and funny, they are thought for gardens but they are so beautiful that you will want to keep them in your house.